KaraTe Beneath The Surface, A Book by Roy Kenneth Kamen

I'm pretty prejudice when it comes to writings and publications on the martial arts.

I've been reading martial arts books since I was a little kid in the 1960s. My teacher wrote a very famous book about KaraTe, and encouraged us to read everything available, as to broaden our prospectives.

With that said, and considering just how many martial arts books I have read, and reread over and over, I just may know what I'm talking about when it comes to this subject.

My martial arts library has always been very large, and varied. Recently, I relocated back to Florida, and had to leave much of my belongings with my son until I establish myself. I took only one book with me. That book is KaraTe Beneath The Surface, By Roy Kamen.

Roy Kamen is a personal friend of mine, and fellow GoJuKa. Like me, he began his martial arts training in 1965. He started out in IsShin Ryu KaraTe under his brother Rob Kamen, who incidentally wrote and produced the movie The KaraTe Kid. Both brothers later moved over to ShoreiKan GoJu Ryu under Seikichi Toguchi. 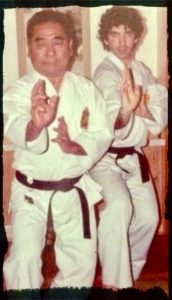 Later both brothers would come under the direction of Dai Sensei Kow Loon "Kayo" Ong, in the Chi I Do International Organization. 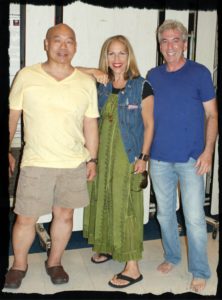 Roy Kamen is not just a physical type of KaraTeKa. He is deeply involved in the spiritual and holistic aspects of the art. He is also an accomplished music producer, and applies this same spirituality to both his martial arts and his music.

KaraTe Beneath The Surface is not a book about punching and kicking. It goes way deeper than that. Roy breaks down the original premise behind the Embusen or performance line of the kata of GoJu Ryu, as they are actually Mandalas. 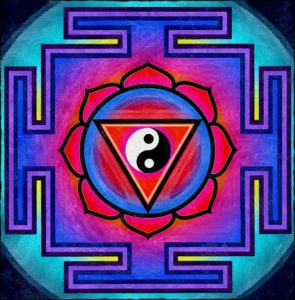 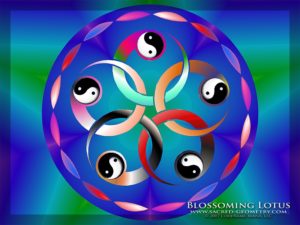 KaraTe Beneath The Surface exposes the actual purpose of the breathing done in our kata, which are actually and originally Mudras associated with the afore mentioned Mandalas.

The book contains stories of Roy's early years, and the way various experiences shaped his life, and outlook on the arts.

The feelings and emotions that the kata represent are very well explained.

Some books you can read a chapter or two, put them down, and continue another time.

This book is hard to put down.

If you are a serious martial artist, or just have a serious interest in the martial arts, I highly recommend this wonderful work by Sensei Roy Kamen.

If I had to rate it on a scale of one to ten, this book would definitely be wearing a RED BELT...

Double click on the video to enter full screen.