Today is the anniversary of the passing of the founder of GoJu Ryu, Miyagi Chojun, KenShi. 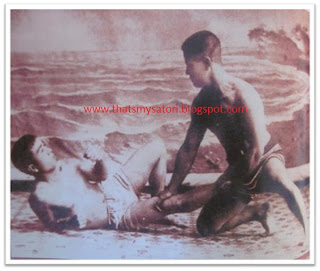 A lifetime of martial study and practice sewed the seeds that created a perpetual harvest of some of the finest martial artists known to this world. 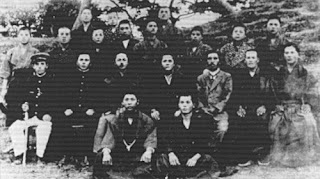 Okinawan born on April 25th 1888, Miyagi Kenshi was the first KaraTeKa  to have the title of Kyoshi bestowed upon him by the Dai Nippon BuTokuKai, which speaks volumes as to his contribution to having KaraTe officially recognized by the "powers that were" in mainland Japan at the time, which was the beginning of a snowball effect that has never ended. 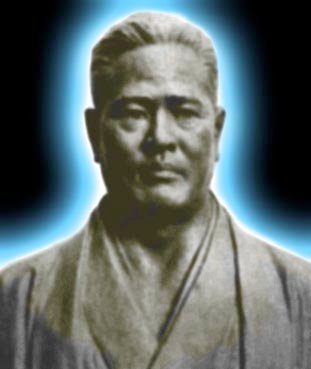 Hey! Look what I found! 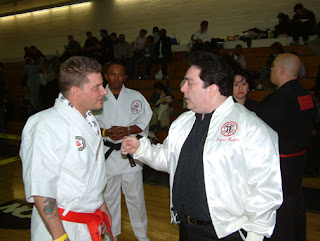 My friend, Grand Master Peter Siringano Jr., recently posted a video on Facebook, that he had in his archives since 1977. After viewing it, I asked him if I could post it here for the benefit of my Satori readers, and as I suspected, he happily obliged. 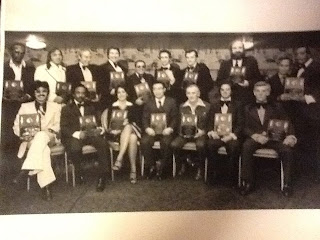 The video was taken at Grand Master Aaron Banks' KaraTe Hall Of Fame in 1977. For those of you who grew up reading Official KaraTe Magazine like I did, this video is Heaven sent.

GMstr. Banks, shared the mike and stage with Shihan Ed Kaloudis of KoeiKan KaraTe, GMstr. Johnny Kuhl of American Combat Karate, a very young Shihan William Louie of Chinese American GoJu, who seemed surprised to be included along with those that he felt were his seniors, GMstr. Frank Ruiz of Nisei GoJu, a young Hanshi Wilfredo Roldan of Nisei GoJu, GMstr. Peter Siringano Sr. of GoshinDo Kempo & Samurai JuJitsu, This was at the time when GMstrs. Siringano and Ruiz, were the Damon and Pytheas of KaraTe as I wrote about long ago on this blog, Professor Florendo Visitation of Vee Jitsu, Professor Moses Powell of Sanuces Ryu JuJitsu, GMstr. George Cofield of Shotokan, Shihan Don Nagle of IsShin Ryu KaraTe, GMstr. S. Henry Cho of Tae Kwon Do, Master Al Weiss, owner of Official KaraTe Magazine, and well known martial arts writer, John Mcgee. Those who have been around a real long time, will remember his articles in Black Belt, and Official KaraTe magazines, and Shihan Louis Neglia who at the time, was with Moses Powell.

I could not help but notice that there was someone missing.