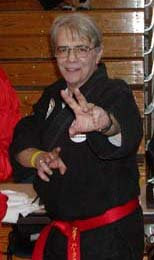 Osu!
I am saddened to have to report the loss of a good friend and GoJu brother.

Hanshi Parks was a long time practitioner and teacher of the martial arts. The legacy that he left can be seen in fine dojos throughout the New England region.

His loyalty and service to our system, and to Maestro Urban was always above and beyond the call of duty.

It is with no reservations that I can say that he will be missed.

When one thinks of Peter Urban, they usually equate him with Gogen Yamaguchi.
It is common knowledge that he also trained with Richard Kim and Masutatsu Oyama, however one rarely sees pictures from the days when he trained with them.

I remember seeing Oyama's book What Is Karate?, at the NYC martial arts store Honda when I was a kid. Most GoJuKa of this generation don't realize that there are many pictures of Urban in this book. This is basically because the book has been out of print for many years. Long before the majority of you were even in the arts, or in many cases alive. However it is somtimes available at www.ebay.com for hundreds of dollars.

This was back in the original days of the Kyokushinkai. Before it became so focused on competition. When it was a more "traditional," style, which is to say that there was more of an emphasis on kata, self defense and even weapons. Not to say that the brutal kumite was not being practiced, but you had a tendency to see more of the style publicly than just competition fighting. ( No slur meant on the Kyokushinkai style. It is still a fine system, just very competition oriented.) 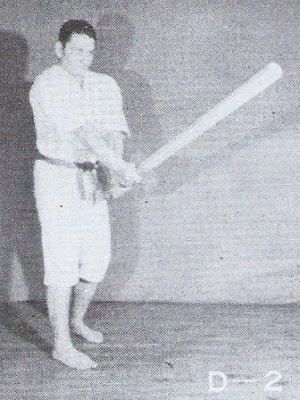 Here is a pic of Sensei Urban utilizing the SuburiTo which is a heavy over sized version of the BoKken = wooden sword. This implement is used to develop strength in technique. 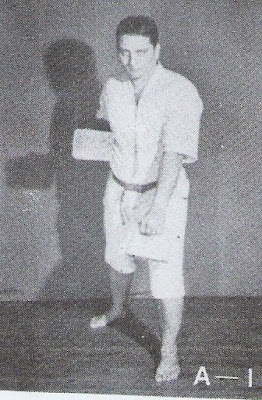 Here we have The Sensei utilizing the hand weights that were popular in martial arts training at the time. 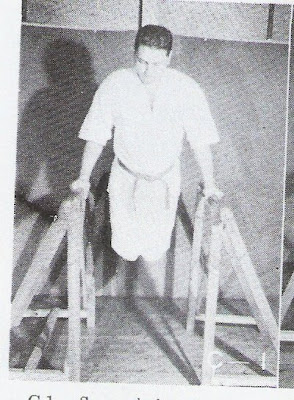 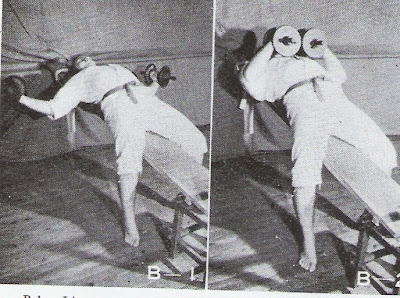 Here The Sensei develops that gorilla like build that we all remember. 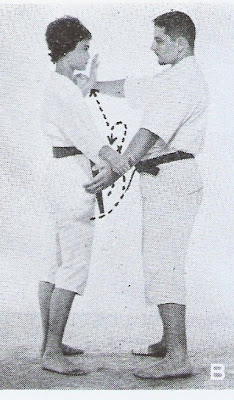 The Sensei served as uke in the segment of the book that dealt with female self defense. 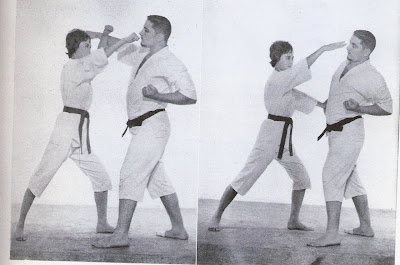 The ladies of the Kyokushinkai were nothing to mess with, as The Sensei attests to in this pic. 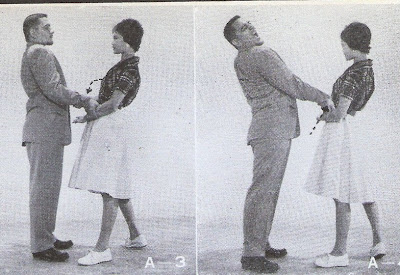 Also in this pic. 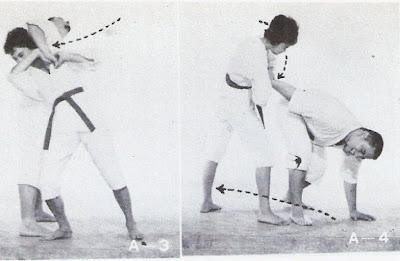 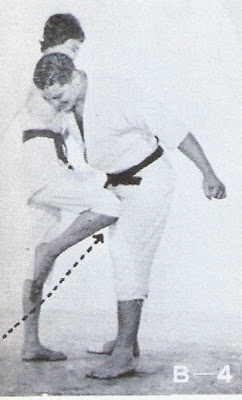 Here The Sensei serves as uke for Masutatsu Oyama. Here, the AiKi Jutsu influence on KyokuShinKai is seen with The Sensei once again serving as Oyama's uke. 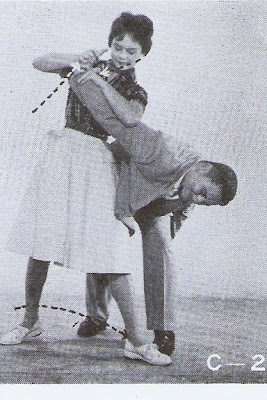 Also here, with the ever popular uke Urban. 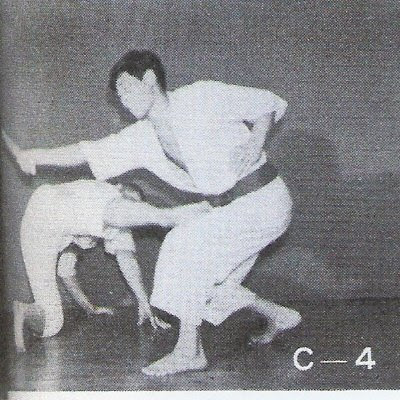 Here The Sensei gets to show some of his own KyokuShiKai expertise. Urban's Uke is none other than GMstr. Shigeru Oyama, who later founded USA Oyama KaraTe.

And here, some more of KyokuShinKai's AiKi influence, executed by Urban. It is always interesting to dissect our style, and attempt to figure out which facets came from which of The Sensei's various teachers. I personally had the opportunity to cheat at this, as I was able to frequently ask him where things came from.

Special thanks to Renshi, Elias Boneros, for the use of his copy of this book, and to his Kohai Steve Trost, NiDan, for letting me spend all that time at his home scanning the pics. Also to the Trost family for putting up with me doing this until 2am.
Posted by S. Malanoski at 8:47 PM

After much thought, prayer, and experience, there is much to be said about sobriety, and it's effect on our lives, and on the lives of others.

Even someone who as a rule, walks distinguished, and is a plethora of knowledge and discipline, can become a clown when sobriety is lacking.

Hell, the only time you ever saw Mr. Miyagi not having his shit together, was when he was drunk. Notice Daniel San, as he watches, half ammused, and then joins in.

Luckely this was an isolated incident, as the student will usually tire of The Drunken Master. Or in other instances, follow in the teacher's footsteps, thereby stepping in the same pile of shit as the teacher.

Either way, an unpleasant experience. 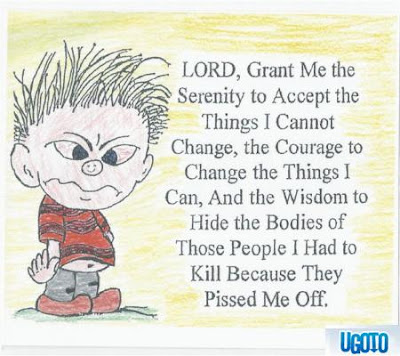 This latest pedantic rant will be on the use and nomenclature of the ever popular and often vaguely understood term RYU.

It is akin to the perpetuation of various genres of music or fashion.

The kanji that is popularly used these days, as with other modern kanji, is a cursive version of what was at one time a more obvious pictograph. This is to say that it's older version was more easier seen and understood by it's aesthetic property. However, if one looks at the kanji with the pictographic meaning in mind, one can see the intended artistic message.

In this case, we see a two part picture.

The left side is a flowing stream.

The right side is a child being born.

If we understand and recognize kanji, we already know that the kanji for person is shi, ie: BuShi Warrior or Martial guy / girl. KyoShi = Wizard or wize guy.

Another usage is as a symbol of generation, as used in NiSei or SanSei.

In an old article that Dave Lowery wrote for Black Belt Magazine, Lowery writes that the right side of the kanji looks like a dripping newborn.

Personally, I feel that the pictograph is of a newborn actually coming out of it's mothers loins.

It would be good to note that the term Ryu is not an Okinawan idea at all.

It was first used in Okinawa by KaraTeka, when they began to export their arts to mainland Japan, in order to blend in with the Japanese vogue of order and organization.

An art that is a recognized, "by the Ryu's Powers That Be," offshoot or subsidiary of the parent art or Ryu is called a RyuHa.

A RyuHa will usually have some unique aspects, such as it's own prearranged sparring routines, additional techniques, and often new kata.

This is not to say, that the parent Ryu's properties should or would be discarded and or disregarded.

Ryu Ha often use the term Kan or House, such as GoJu Ryu's MeiBuKan, ShoreiKan, JunDoKan etc.
Posted by S. Malanoski at 8:26 PM