Osu!
Well, this year's trip back to NYC for the GoJu Galla weekend went pretty well.
I travelled by car with Hanshi Manny Saavedra and Shihan Camillo Castillo. The 26 hour drive made for some quality time spent with friends, albeit a bit arduous. As per the norm, I stayed at Hanshi Wilfredo Roldan's dojo on the lower east side. Yes, my two best friends Hanshi's Saavedra and Roldan made this trip a reality for me, as I more than likely would not have been able to swing it this year without them.

Friday evening we went to the Urban memorial at the Hoboken YMCA in NJ. Sensei Howard Turoff put on a very nice and surprisingly well attended program, with Hanshi Roldan and I as guest speakers. The audience was a variable who's who of GoJu wich made it a perfect time for me to finally present Hanshi Kevin McGrath with his long awaited 9th Dan certificate. After the tribute and demonstrations where over we all went to a resteraunt / club called Maxwells "an old haunt of mine," and very literally took the place over. In other words,we brought so many people with us that the place became an extention of the Urban memorial rather than a hang out for it's usual crowd. The following day = Saturday was the Urban Legacy tournament in NYC. It was truly nice to see so many of my old friends again, and also to watch my student John Libutti compete. I thank them for the nice award that they gave me " Lifetime Acheivement" and apologise for having to leave early. Hanshi's Roldan, Saavedra and I then went to a roundtable interview with Shihan William Rivera and his lovely lady Lydia for Martial Force Magazine. Look for it soon at www.martialforce.com. Later that evening, we enjoyed the hospitality of Hanshi Alex Saavedra at his home in NJ. It is always a pleasure to see him. This time I got to meet his lovely lady and beautiful daughter. The food was geat also.

Unfortunately the full weekend of events made for a not as big as last year showing at my seminar on Sunday, however, with the help of Hanshi Roldan, and the presance of Hanshi Ralph Vigianno, as well as the support of Sensei Turoff and his people, we still had a great time.

After the seminar we set out for our long drive back home making a stop at Hanshi Saavedra's nephew Alex Jr.'s beautiful home in NJ. Alex Jr. is El Presidente' of Eyeball records. He currently puts out the number one band My Chemical Romance. AFTER A great barbeque we headed home = another 26 hour drive. 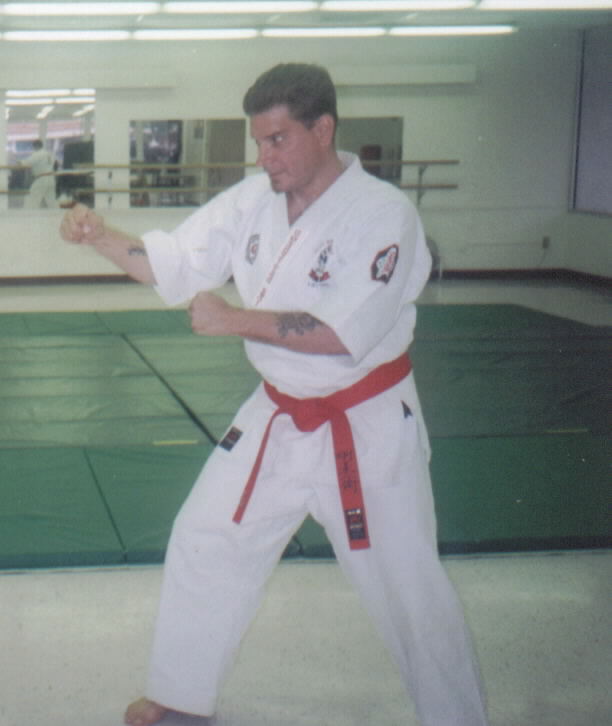 Ok, As it seems at this point in time, I will be giving my saminar at Hanshi Roldan's Nisei Hombu Dojo on Ave. A and 7th St. on the Sunday following The Urban Cup. I will be travelling up to NYC with Hanshi Manny Saavedra, who will be doing a seminar in Hoboken N.J. on the day of the Urban Cup "Sat." and of course I will be attending the Urban Day shindig in Hoboken on Friday evening.

If you are not hip to any of these things, get with me via email = Ironhands280@aol.com
Posted by S. Malanoski at 10:02 PM