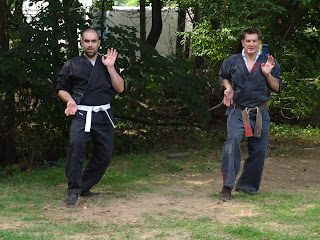 
I cannot think of a more appropriate way of observing this, than by teaching a class using some of his favorite material.

Fortunately Tuesday is the regularly scheduled day of the private lessons that I give to my student Travis Hartwell, and my fiance Audra was on hand to take these pictures, so the birthday celebration was on! 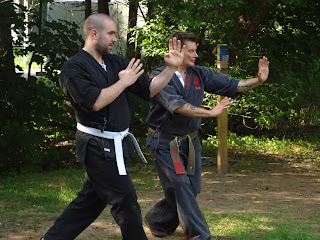 We spent a good time of the class working on The 5 Implicit Actions, as composed by Sensei Urban. 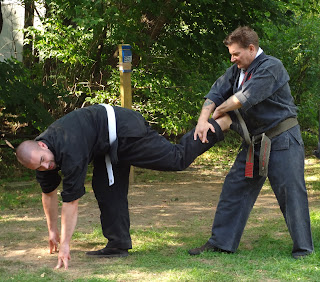 The nuance of these movements, being so distinctly  Urbanesque, it made the party seem as if the guest of honor had arrived. 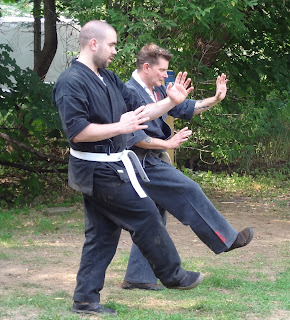 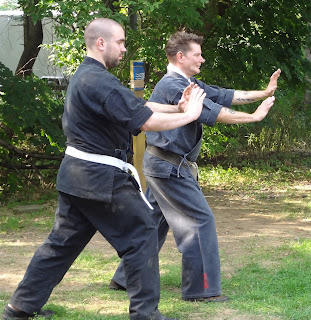 From the finite points of the Shock Shove concept, to funny stories, such as how the use of  IN HOC SIGNO VINCES, and the coat of arms, actually originated when the Latin words on a pack of Paul Mall cigarettes, caught the eye of a young Peter Urban while in High School. 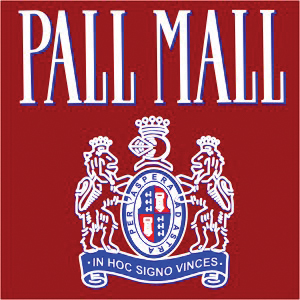 The coat of arms later appeared on certain rank certificates, and the Latin words were on our GoJu Hall # fist patches at one time. This is particularly interesting to Travis and I, as we are both Master Masons, and those Latin Words, meaning In This Sign We Conquer,are used in The Knights Templar, which is a very high level in the York Rite of Freemasonry. 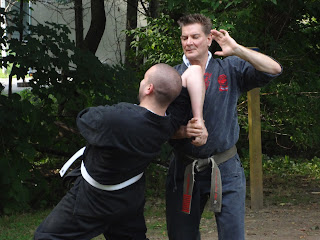 Peter G. Urban, PhD, 10th Dan, Grand Patriarch of All American GoJu Systems, lives vicariously, through the Legacy That Urban Built, before his joining The Great Architect Of The Universe.