Urban Speaks! About the side kick.

Before the internet, in a time when the general public had to actually buy books and magazines in order to research and to keep up on things, Sensei Urban was known not only to appear in articles, but to also answer letters that were sent in either querying or critiquing what he had said in print.

This was, and once again is, a fantastic opportunity for those who did not get to train with him in person, to experience his demeanor in dialog, and to gain better insight as to his thoughts. 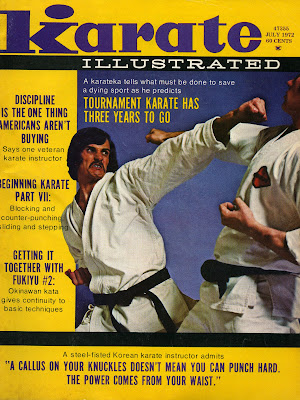 The following is an article about Sensei Urban that appeared in the July 1972 issue of KaraTe Illustrated magazine. Click on photos in order to enlarge. 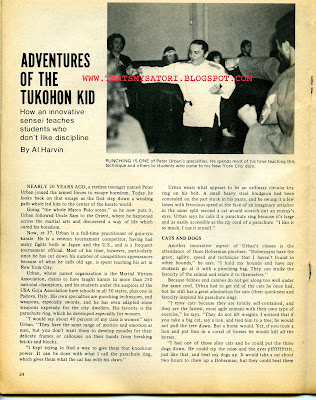 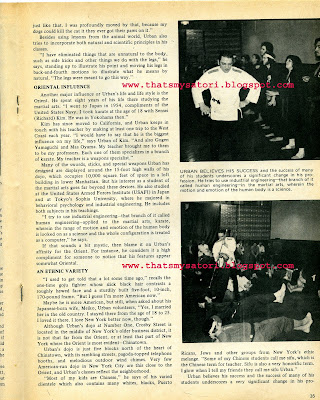 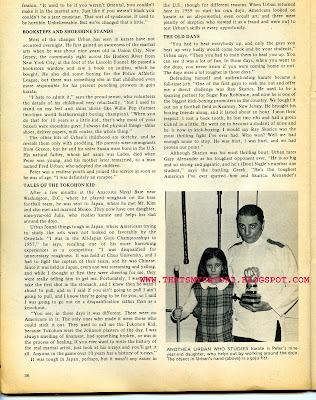 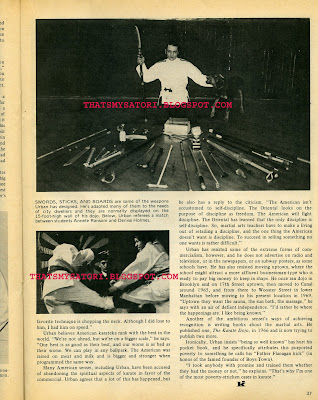 In the article, Sensei Urban speaks about certain changes that were made to his USA / Urban GoJu system. He states "I have eliminated things that are unnatural to the body such as side kicks and other things that we do with the legs." he says standing up to illustrate his point and moving his legs in back and forth motions to illustrate what he means by natural. "The legs were meant to go this way."

Author's note: For those who practice and or teach USA / Urban GoJu it is important that this information be noted. If we are to preserve and pass on what The Sensei left us, then his wishes and beliefs should be observed. More on this later. 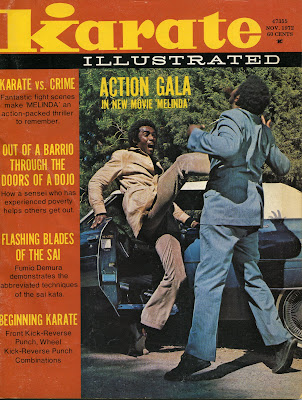 The following letter appeared in the "Kiai Korner" Letters to the editor section of the November 1972 issue of KaraTe Illustrated magazine, which was a bi monthly publication back then.

In the same issue, Sensei Urban answers with his own letter. 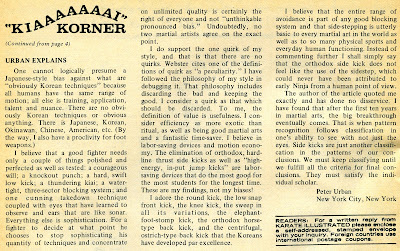 
Let's take a look at what Sensei Urban was talking about considering the side kick topic.

Firstly, let's keep in mind that in traditional GoJu kata, there is no yoko geri other than the low kansetsu geri which is aimed at the knee.

Furthermore, there is no yoko geri other than kansetsu geri in any of the Urban katas.

The yoko geri keage or rising side kick, sometimes mistakenly called the side snap kick, puts the knee in an unnatural angle during it's execution.

The yoko geri kekomi or side thrust kick, torques the hip in an unnatural way during it's execution.

Now it's not like The Sensei didn't teach yoko geri back in the day. He certainly did. Many of us used it all the time, many still do. 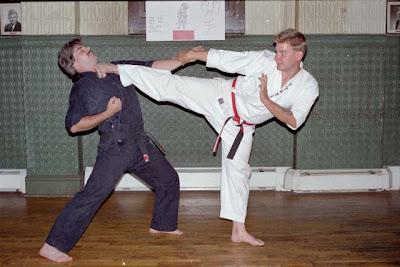 As a matter of fact, the side kick was one of my favorite techniques.

Those who new me back in the day, will remember my side kicking people into the dojo walls, and through the ringside crowds at tournaments.

Nowadays, at 49 years old and with arthritis in my hip, although I can still get my side kick up there if the cause arises, I am much more likely to follow Sensei Urban's advice as to the choice of kicking technique.

The purpose of this article is not to condemn the side kick. But if you are teaching USA / Urban GoJu, please remember what you have just read.
Posted by S. Malanoski at 5:15 AM 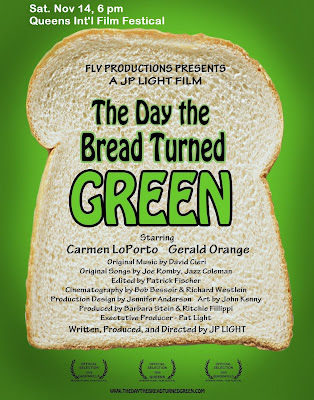 I am happy to announce that a short movie starring GMstr. Gerald Orange has been released. Gerald Orange is an old time student, "Chinatown DoJo Alumni," of Grand Master Urban. He has been an actor, involved in the theater and movie industry for many years. To watch a short clip of the movie, go to the following address. Gerald Orange appears at the very end of the clip, entering through door in Chef's hat.

The film also has its own website at www.thedaythebreadturnedgreen.com
Posted by S. Malanoski at 10:24 PM