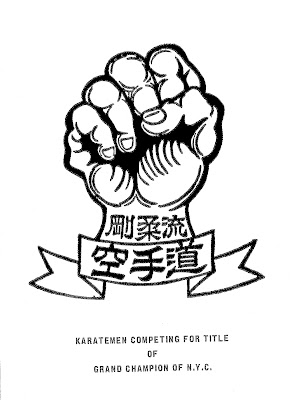 What we have here is a CLASSIC tournament program circa 1966, which was sent to me courtesy of my friend and Chinese American GoJu yudansha Stephen Trost.

This was at a time when the pioneers of East Coast KaraTe where still alive, and still working together.

For those of you who actually take the time to read, you will find some really interesting participation going on here from the camps of Urban, Nagle, Gyi, and Cho just to name a few, as well as some really well known names from around the country.

Two names on page 9 that I found especially interesting are:
#1. Listed as one of the ticket takers is Roy Colonna, who besides later becoming a high ranking yudansha, was the artist who drew the famous line drawings in Urban's book The KaraTe DoJo.

#2. Listed as Downstairs Usher, is Kow Loon "Kayo" Ong, who was just a young teen then, but who I can say with much authority, and meaning no disrespect, now has a deeper knowledge of Martial Arts than all of the other names on this program combined. But that's just my opinion, and I could be wrong.... but I doubt it.....

As usual, if you click on the following images, they will enlarge for easier reading. 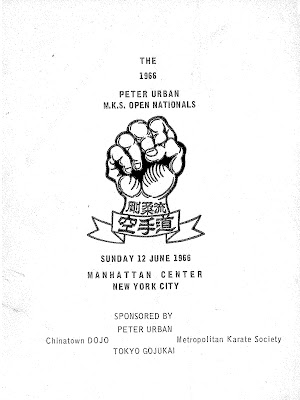 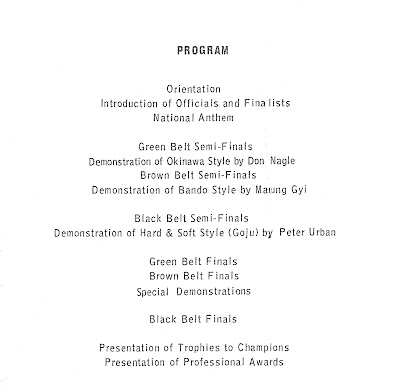 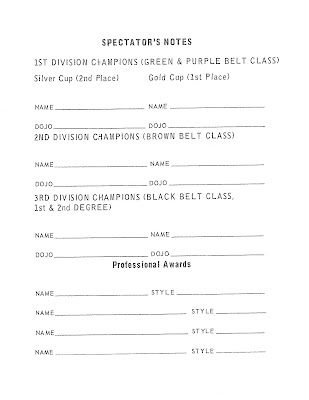 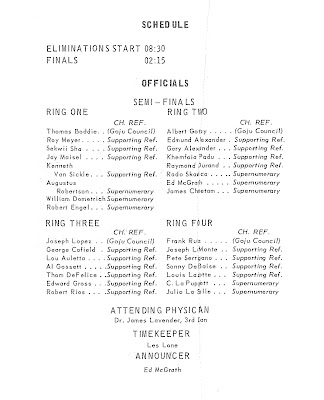 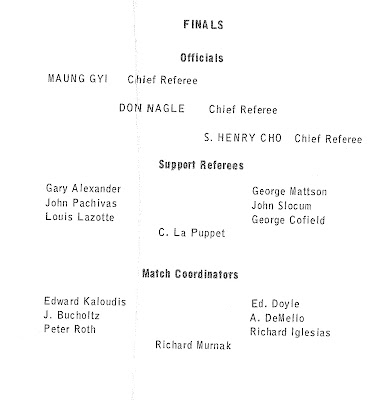 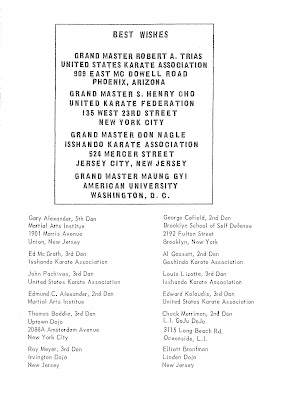 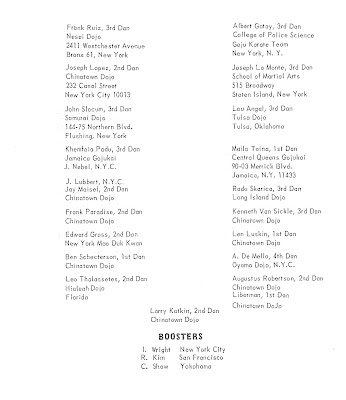 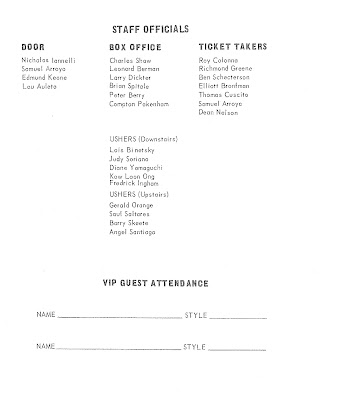