Recently, an acquaintance of mine made a statement about the imperfection of his master’s persona. This gave me pause, and some real food for thought, as to thoughts that I’ve been thinking for many years.
The examples that I site here, are to be nameless, as to protect the guilty. As no one is innocent…
Often we put expectations on the teacher, that are unrealistic to say the least.
Personally, I have been very close to quite a few luminaries in the martial arts throughout the course of my life, and martial arts career. Having started my journey in the arts, at 5 years old in 1965, and with a father that was quite well known in the arts, I was not only exposed, but excepted within the inner circle since I was a child.
I was classmate to so many that would become well known, and accomplished masters. I trained with, and under these people, and was intimately involved in the ongoing history, and development of the arts throughout my life.
I trained not only in the United States, but as a United States Marine, had the opportunity to live on the island of Okinawa for three years, and meet, train with, and often become personal friends with quite a few famous masters.
During my time over seas, I was also able to travel to Mainland Japan, Korea, The Philippines, Taiwan, Thailand, and Singapore. I’ve met, trained with, and competed against some of the best, and some of the worst.
As martial artists, we are brought up with the concept of Do = The Way.
The Japanese ideology of BuShiDo, the Chinese Tao, or the originally Indian Buddhist teachings, that supposedly mold the persona of the martial artist, often lead us to the expectation that the master is the personification of such ideals.
In a perfect world, I suppose this would be fact. But as you know, we do not live in a perfect world.
Only God is perfect.
We as martial artists, often strive for perfection, but will always fall short. That keeps it interesting, I suppose…
On another note, but very similar, we put these divine expectations on the Priest, the Pastor, the Rabbi, the Imam and the Monk. To look at any human being as being the personification of The Way, is to set oneself up for immanent disappointment.
Look at all of the things that happen within the various religious factions, and organizations. From Pedophilia, to Terrorism. This is what causes people to lose their faith, or maintain their atheist or agnostic disbeliefs.
As a FreeMason, I have been raised, and brought through the steps, to the sublime degree of Master Mason. Masonry is a fellowship who’s goal is to make Good men Better. Does this make me a shining example of the light that we seek in Masonry? I think not. My rough ashlar is far from smooth. I just have a level and plumb bob to use as a reference, however I am far from the Great Architect of the Universe, that is for sure = understatement…
In KaraTeDo, we have The Way.
But if you look at the life of a gentleman that most think of as the epitome of KaraTeDo, you will find that he abandoned his family in order to bring KaraTe to Japan, and often spent way too much time combing his hair.
Another great master and Patriarch of the martial arts in the west, had so many skeletons in his closet, that Walmart could easily use them as inventory for all of their stores, each and every Halloween.
However both of the afore mentioned masters made great contributions to, and were responsible for what we know as KaraTe here in our lifetimes and understandings.
As I mentioned before, I have had the pleasure of quite intimately knowing many masters throughout my life. Both American, and Asian.
I could be here all day telling you horror stories.
Although for the most part, the good, at times, outweighs the bad, but none of them are, or were perfect in any way, shape, or form…
I am a 59 year old HanShi = it is December of 2019 as of this writing.
HanShi literally means exemplary person, or one who sets the example.
My life has gone from good, to terrible, to great, to mediocre.
I’ve made so many mistakes, that I can easily be used as a templar for what not to do.
I often say the same thing about my first instructor = my father. I suppose that the apple falls not far from the tree…
Thankfully, we learn from mistakes made, either by ourselves or by others.
As for myself, my story is not over, and I intend to do great things, that will overshadow my shortcomings past.
So, where am I going with all of this you may ask?
View the master as a compass.
The compass points the way.
The compass is not the way.
No person is greater than the art or style that they represent.
Someone much greater than I, yet still imperfect, once said:
“ It is like a finger, pointing at the moon. Don’t look at the finger! Or you’ll miss all of that heavenly glory!!!!”
All fall short of the glory of God.
Keep Punching! 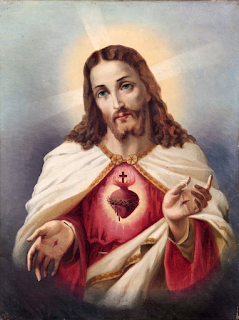